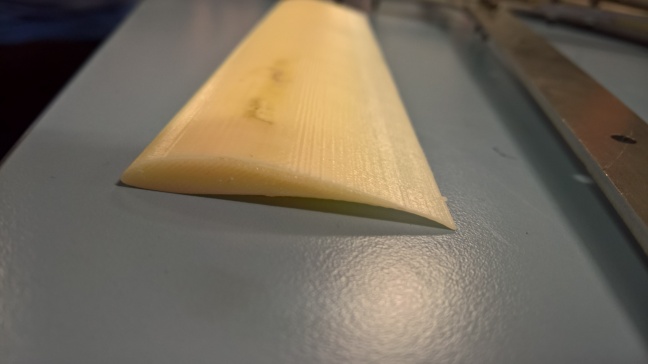 I personally wasn’t really involved with the research, design, and development of the turbine and tower. However I did help out a little bit practically during the manufacture of the blades (as described below).

The blades were manufactured as subsections. Two halves were manufactured and then glued together to assemble to entire blade; therefore, a total of eight halves were moulded. To create one blade half, a mould for the 3D printed model was constructed. Using a plastic container, a layer of clay was added and levelled. The blade model was then pressed horizontally, so the bottom half was submersed in the clay. The silicon moulding was poured over the clay and model until the blade was submerged. 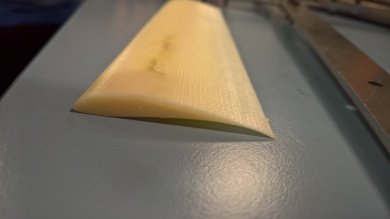 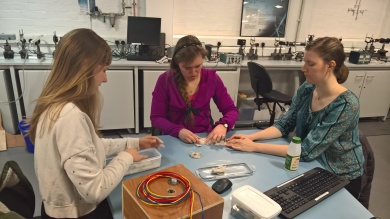 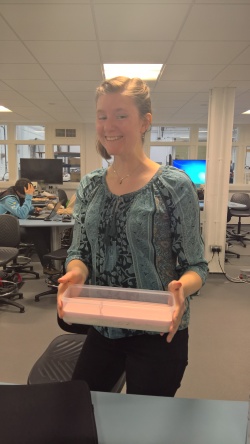 Upon solidification of the silicon, the clay/silicone mould was flipped over and clay removed. A layer of cling film was placed over the silicon and partially submerged blade – all air pockets removed. A second layer of silicon was poured over the cling film wrap until the blade, yet again, was submerged. After this new silicon solidified, the mould was taken from the plastic container and separated into two halves. The cling film wrap allowed for the separation of the two, now solid, silicone halves. 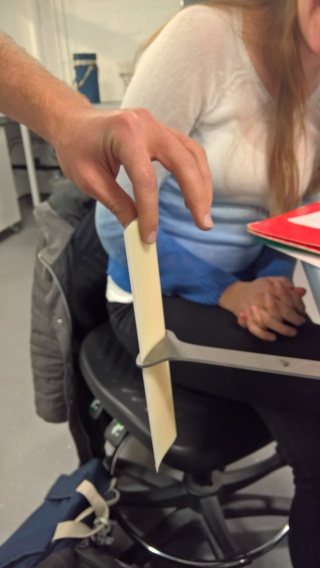 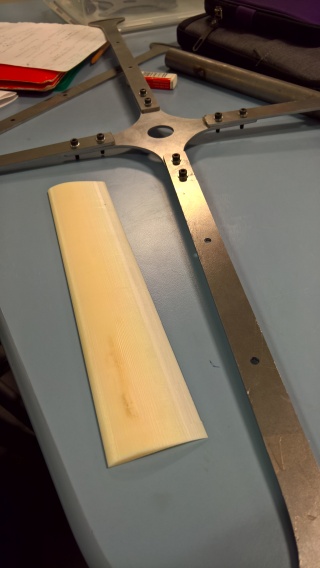 With the 3D model removed, two holes were drilled through one layer to allow access to the blade cavity within. The fiberglass mixture, which would form the actual blade, was poured into one hole until the material began to emerge from the other hole. At this point, the mould and fiberglass mixture within were left to set.

After the fiberglass hardened, the silicone halves were removed. This left the new fiberglass blade which was sanded down to produce the smoothest surface possible. This procedure was repeated seven more times until all eight blade halves were moulded. Halves were then glued together, thus, constructing four complete blades. 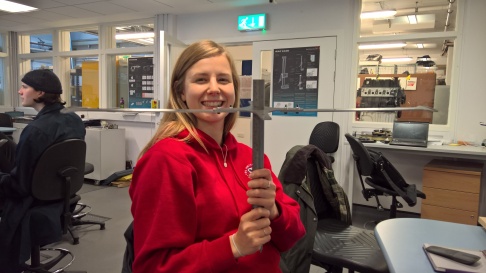 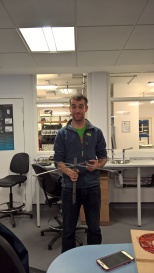