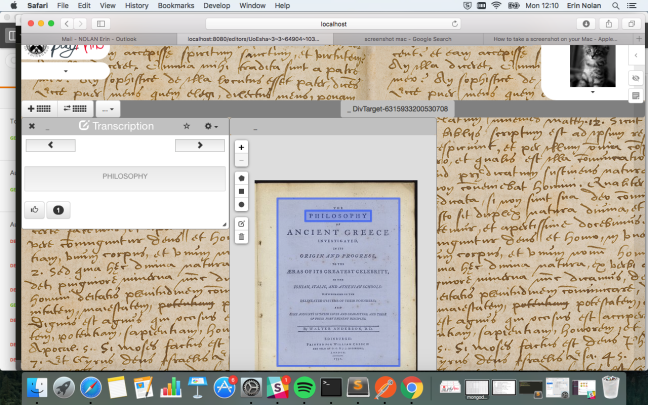 Separating PolyAnno from “The Polyglot Project”

Firstly I needed to separate out the essential options for this package into the polyanno_setup function.

The function that takes one input, opts, a JSON object of the following format :

If false then this disables the highlighting functionality that enables any annotation targets present on the page to be ‘highlighted’ whenever a cursor hovers over an annotation.

The default, non-highlighted colours of objects can be defined by setting the variable polyanno_default_colours_array before running the setup. This is an array of three HTML colours in the format [editor_box, vector, span]. The default values are:

The highlighted colours that the objects change to are similarly defined by polyanno_highlight_colours_array with the defaults as follows:

If nothing is specified other than base_url then it simply assumes base_url + “/transcriptions”, “/translations”, “/vectors”, and “/annotations”. The storage assumes you are using polyanno_storage and the URLs mapping to the storage functions are assumed to be:

I never quite finished separating the two packages and so the users functionality was never implemented before the end of 2016, nor was Polyanno released as a separate package. However, within the Polyglot project, I began a more clear cut of the code.

Additionally I successfully separated out the PolyAnno Storage functionality into a separate package, as detailed in the next post.