MAKER MOVEMENT –     “The maker culture is a contemporary culture or subculture representing a technology-based extension of DIY culture. Typical interests enjoyed by the maker culture include engineering-oriented pursuits such as electronics, robotics, 3-D printing, and the use of CNC tools, as well as more traditional activities such as metalworking, woodworking, and traditional arts and crafts. The subculture stresses new and unique applications of technologies, and encourages invention and prototyping. There is a strong focus on using and learning practical skills and applying them creatively.” – Wikipedia, 06/01/2014, 08:51am GMT

FRUGAL INNOVATION –     “Frugal innovation or frugal engineering is the process of reducing the complexity and cost of a good and its production. Usually this refers to removing nonessential features from a durable good, such as a car or phone, in order to sell it in developing countries. Designing products for such countries may also call for an increase in durability and selling them, reliance on unconventional distributions channels. Sold to so-called “overlooked consumers“, firms hope volume will offset razor-thin profit margins. Globalization and rising incomes in developing countries may also drive frugal innovation. Such services and products need not be of inferior quality but must be provided cheaply.” – Wikipedia, 06/01/2014, 08:53am GMT

Below is my summary and explanation of what I believe to be the common movement in design developing since the late noughties/around 2010 to the present. Because it is current there is not too much literature and resources available to analyse, instead my key points listed are derived from recurring themes in articles on current trends and my own personal observations of patterns in the products that have been successful in the last few years.

Although the Maker Movement, as it is becoming known, and the slightly less discussed Frugal Innovation, are normally viewed as separate I have chosen to feature them together as I believe that they both have significant unifying common features and are in fact just 2 different manifestations or branches of what should be seen as one common movement, in the same way that Memphis was just one side of Post-Modernism. 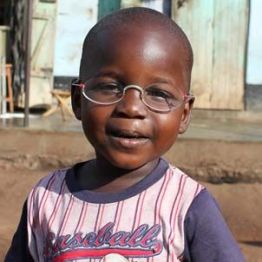 A concept or approach to the design process, not an aesthetic pattern

Instead of poorer quality materials and cheap labour, costs are reduced through creating alternative new designs

Designers working on several niche, often multidisciplinary, projects instead of producing lots of designs “in their style”

Possible due to the rapid development and decreasing costs of 3D printing and other materials, equipment and components such as motion sensors 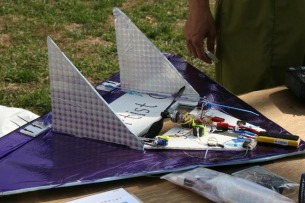 Reaction against the inescapability of large transnational corporations

Possibly a result of growing distrust after economic crisis

Inspires opportunities for rags to riches entrepreneurship, as opposed to the long, slow career progress through company hierarchies

Interaction with digital software and applications often integrated into design

To benefit from marketing and self-promotion through social media

Function over form with a focus on social impact e.g. education, sustainability 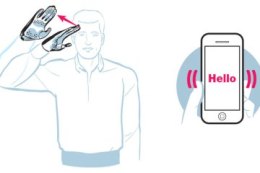 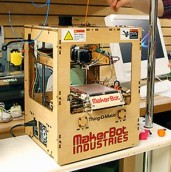 “The Raspberry Pi is a credit-card sized computer that plugs into your TV and a keyboard. It is a capable little computer which can be used in electronics projects, and for many of the things that your desktop PC does, like spreadsheets, word-processing and games. It also plays high-definition video. We want to see it being used by kids all over the world to learn programming.” –  http://www.raspberrypi.org/

“Frugal Digital’s Clock Sense, designed in Copenhagen after research in India, uses an analogue alarm-clock body to measure the amount of oxygenated haemoglobin in the blood. Thanks to two LEDs and a simple light sensor — from a TV remote — the device can provide a simple reading of the overall health of a patient. Other sensors — such as a temperature-gauge pad — can also be connected via USB.” – Wired May 2013

NOTE ON THE TITLE: As of yet no one has successfully given this over-arching movement a name so my title simply lists the two movements Makers and Frugal Innovation together. ‘The DIY Approach’ is not catching on because of the intrinsic associations of the phrase DIY with irrelevant factors such as Ikea furniture or failed attempts to build spice racks, as opposed to the newer ‘create/invent it yourself’ approach that it should mean in this context.It is being called various names such as Jugaad and Gambiarra in other countries but these have yet to catch on in the Western world. The People’s Design movement sound too political? It would certainly capture this new approach of designing with the consumers as opposed to for them. I don’t know. If anyone else has any suggestions then please feel free to comment below!

One thought on “A Very Brief Guide To Design Movements – Makers/Frugal Innovation?”